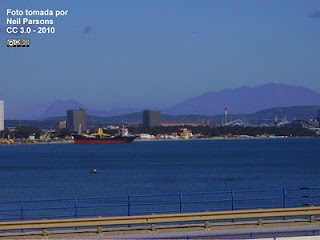 I have always been a big fan of this album, ever since I first heard it at a friends house on it's day of release back in 1992. The sometimes majestic, sometimes mystical sounds of Japanese new age keyboard-master Kitaro make the perfect backdrop for the high-pitched, ethereal vocals of Jon Anderson (lead vocalist of legendary prog-rockers Yes, as well as a new age/prog solo artist in his own right.) The album is divided fairly evenly between the rich instrumental compositions that Kitaro is most well-known for, and the slighly more pop/rock flavored vocal collaborations with Anderson.

Of the instrumental works, "Symphony of the Forest", "A Passage of Life" & "Sympony of Dreams" stand out as the most memorable and melodic; although perhaps revealing a more downbeat/melancholy side of Kitaro's work. All three of these tracks are richly orchestrated and make good use of arrangement & dynamics. Another of the instrumental pieces, "A Drop of Life", is a far more minamalistic composition that leaves the listeners with a tranquil, peaceful feeling (while still maintaining a haunting melodicism.) Although Kitaro is probably most acclaimed as a composer, he certainly should not be underestimated as a synthesist/keyboard player - to my ears he has one of the most original and instantly-recoginzable sounds of anyone in the electronic music feild, bar none.

Speaking of instantly-recongnizable; Jon Anderson, who also provided all of the lyrics for this album, lends his distinct voice to four tracks here, although Jon's fans will be happy to know that they are the longest tracks on the album! Anderson once said on his website that "Dream" was one of the most enjoyable and fullfilling projects that he has ever participated in (rating it even higher than his frequent collaborations with Vangelis), and his enthusiasm for the material really shows through. I hate to use this cliche, but Anderson's voice literally 'soars' on the robust & lyrical "Lady of Dreams" (a fairly "progressive" tune than fluctuates between lightness & power.) The darker-toned & dramatic "Agreement" sqeezes an even more impressive vocal performance from Anderson's unique pipes, and Kitaro's band backs him up brilliantly (this track is nicely colored with a rich pallet of percussion, synths, and sitar sounds; and the way that the arrangement builds in intensity towards the end is quite stunning!)

Clocking in at over 9 minutes, the emotional album closer, "Island of Dreams", has a flavor not unlike some of Yes' more dreamy/ethereal pieces (think of the "Going For the One"/"Tormato"-era), and it is a track that beatifully plays-up both Kitaro's and Anderson's distinct musicial sensibilities. (I also really love the guitar soloing at the end of the this final track. However, because 3 different guitar players are credited in the liner notes, I'm not sure who to give credit to!) Anderson can also briefly be heard chanting (along with his wife/frequent musical collaborator, Jane Anderson) on the track "Dream of Chant", although, to my ears, it is perhaps the weakest track on the album. In fact, the only reason that I must rate this release at less than a perfect 5 stars is that two subsequent tracks on the last half of the album, namely "Dream of Chant", & "Magical Wave", seem somehat weak & unmelodic compared with the numirable strengths of the other tracks.

Still, this is an extremely minor critisism of an otherwise excellent work. All in all, this is a must for any fan of Kitaro or Jon Anderson. I hope that once day we will see these two master musicians working together again.

Jeff Wayne's Musical Version Of The War Of The Worlds (1978)

Jeff Wayne's Musical Version of The War of the Worlds is a 1978 concept album by Jeff Wayne and others, retelling the story of H. G. Wells' eponymous sci-fi novel.

The War of the Worlds stars Richard Burton as the narrator-protagonist, Justin Hayward (of The Moody Blues), Phil Lynott (The Parson), Julie Covington, David Essex (The Artilleryman) and Chris Thompson.

"Forever Autumn", "The Eve of the War", "Thunder Child", and "The Spirit of Man" are the most recognised individual songs on the album. "Forever Autumn" was a UK Top 5 single, sung by Justin Hayward. The album itself spent 290 weeks in the UK album charts. It was in the top 10 in 22 countries and reached #1 in 11 countries.

Most of the lyrics on the album were written by former Elton John lyricist Gary Osborne.

The album was one of the first recorded on 48 tracks, using two synchronised 24 track Studer 80s at Advision Studios in London. It was engineered by Geoff Young, who was instrumental in bringing the recordings together with only a 16 track desk. His skill in this regard was later recognised by George Michael, who worked with him to record "Last Christmas" and "Careless Whisper" using the same studio and equipment.

The repetition of "Ulla!", the cry made by the Martians, and certain musical refrains throughout the musical act as leitmotifs.

The official album comes with several paintings by Peter Goodfellow, Geoff Taylor and Michael Trim that help to illustrate the story from beginning to end.

Rest of info on Wikipedia and many more stuff at Jeff Wayne's official site.

All dialogue written by Doreen and Jerry Wayne, based upon H.G. Wells's original text. Music and lyrics by Jeff Wayne except as noted.