With its haunting tonality and Bach flavouring (both provided by Hammond organist Matthew Fisher), vocals by Gary Brooker, and unusual lyrics by Keith Reid, "A Whiter Shade of Pale" reached #1 in several countries when released in 1967. Reid told Songfacts that he got the idea for the title when it came to him at a party, which gave him a starting point for the song.

In the years since, it has become an enduring classic. In 2004, the United Kingdom performing rights group Phonographic Performance Limited named it the most-played record by British broadcasting of the past 70 years. More than 900 recorded cover versions by other artists are known. The song has been included in many music compilations over the decades and has also been used in the soundtracks of numerous films, including The Big Chill, Purple Haze and The Boat That Rocked.

A cover of the song by King Curtis was used in the film "Withnail and I".

The original writing credits were for Brooker and Reid only. On 20 December 2006, Matthew Fisher won co-writing credit in a court case, which was upheld by the Appeals Court on 4 April 2008 appeals decision. However, Fisher's songwriter royalties remain under dispute.

Anyhow, some of you would like to see also the classic filmation made to promote this single. A part of it was used at prog-rock documentary of BBC 4 "Prog Rock Britannia", previously mentioned somewhere here around the blog. Here it is:


This song appears on the first album (Idle Race, 1969) of this band formed by Jeff Lynne. The Idle Race was a British cult rock group from Birmingham in the late 1960s and early '70s. In addition to being the springboard for Jeff Lynne, the band holds a place of significance in British Midlands' rock history as a link between Electric Light Orchestra, The Move, the Steve Gibbons Band and Mike Sheridan and The Nightriders.


Try to watch this captcha without laughing...

...but, seriously, is there anyone can chuckle like him except Popeye? He reminds me this old ye mariner but high-pitched.


From Jethro Tull DVD "Nothing Is Easy (Live at the Isle Of Wight, 1970)". Great performance (including some Ian's comical extravaganza) of this astounding Aqualung's track.

Como nota adicional, hay un par de momentos curiosos en los cuales Nick Mason no pierde nunca el ritmo pese a tener un pequeño desliz con sus baquetas, en las canciones "One Of These Days" y "Echoes, part II". / During the song "One of These Days", Nick Mason lost a drumstick but quickly retrieved another without missing a beat. During the outro of "Echoes, Part II" Nick can be seen breaking a stick, throwing it away and again retrieving a new one without missing a beat. 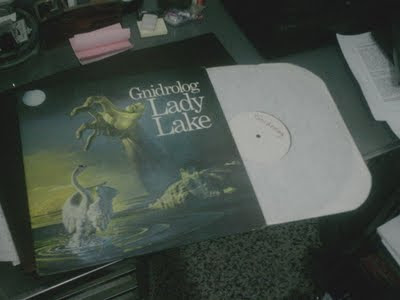 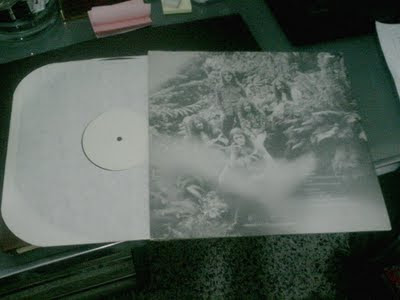 Si conocéis algo más sobre dicha canción, dejar vuestro comentario. / Anybody who knows something about it, do a comment.

This album was summarily dismissed by reviewers, who universally invoked their handbooks of hackneyed "critic speak." Cop-out terms like "indulgent" and "pretentious" were bandied about, employing the popular critic's method of simply discrediting an album due to its concurrent release with the arrival of punk-rock- - as if that were an intellectually sound critique given the virtually unrelated style of Jethro Tull's music. The main knock on this album is the ill-conceived concept involving an aging rock star. That is a valid observation, but what rock concept albums are deserving of literary accolades? Precious few, if any.

Lyrical themes notwithstanding, Too Old to Rock 'N' Roll... is a fine collection of independent rock songs that marked a return to the classic Tull style carved out on Aqualung and Benefit. Absent here are the muddled epic-length pieces synonymous with Thick As a Brick and A Passion Play, the pop leanings of War Child, and the complexity of Minstrel in the Gallery. So despite being the target of disparaging reviews, this album achieved modest chart success and boasted several quality rockers like "Quizz Kid," "Taxi Grab," and "Big Dipper." Martin Barre's unheralded lead guitar style remains a force, rescuing a couple of tracks from the doldrums. David Palmer's orchestral arrangements are, at times, a bit overblown but this album is far from the colossal disaster it's been portrayed as. Jethro Tull's third bassist John Glascock made his debut on this record, and Maddy Prior makes a guest appearance on the title track.

In October of 2002, EMI issued a remastered and expanded edition of this album, with killer sound and a pair of pleasantly folky, albeit unambitious bonus tracks from the same sessions, "A Small Cigar" and "Strip Cartoon" -- the latter is especially cheerful and will especially please guitar buffs with its mix of Anderson's glittering acoustic guitar and Martin Barre's crunchy electric lead playing.